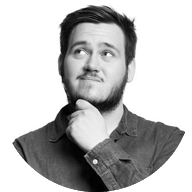 ChatBot is an AI automation tool that can perform end-to-end customer service, but it doesn’t let users connect with a human agent or create a ticket. The LiveChat integration does that. The LiveChat app allows you to perform several actions that will make your customer service even easier and more efficient. Read more about its features.

Integrating LiveChat and ChatBot takes a couple of clicks. After you connect the tools, there are one or two things you need to remember.

ChatBot’s Visual Builder doesn’t support LiveChat actions added to your Story. That’s why you need to integrate your Story with LiveChat after the flow development is done. Check how to place the LiveChat widget on your website.

What’s more, the debug mode enabled in the Testing Tool tells you whether an action was triggered, but it doesn’t show whether it was performed. So, for instance, if you add the Transfer chat action to your Story, the information will be displayed, but the chat won’t be transferred in the Testing tool. It won’t be visible in the LiveChat app, either. This can also be seen in the Archives section in ChatBot. 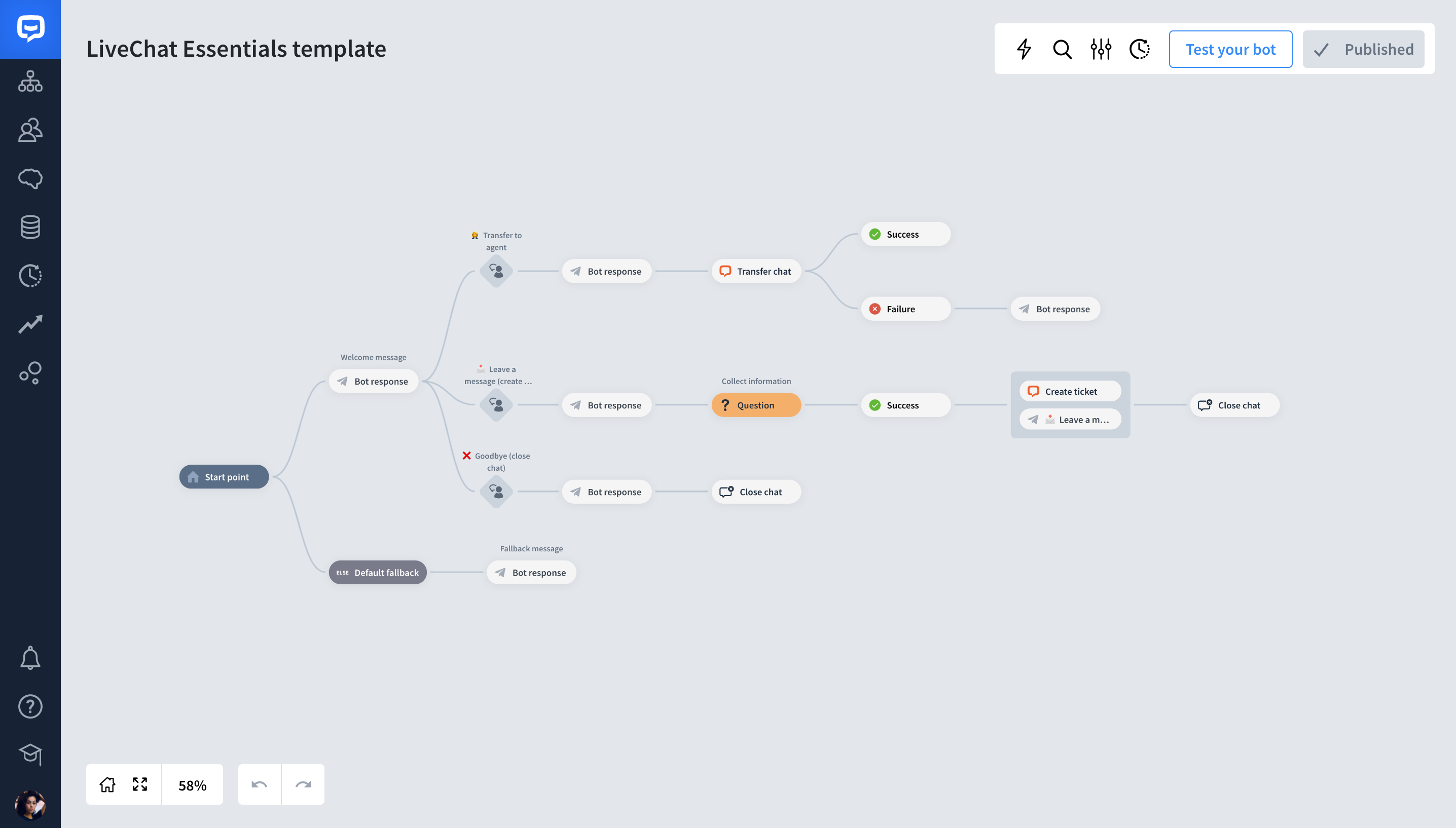 The ChatBot Archives show how the Story proceeds until the chat is passed to an agent. This means that in ChatBot, you won’t be able to see the chat content after it’s been transferred.

To see the whole chat content, go to the LiveChat Archives section. There, you can see it from the very beginning, even before it was transferred. Also, you can supervise it in the Chats section while the chat is still ongoing.

Actions are only visible in the LiveChat app

When LiveChat actions are triggered, you can see their results in the LiveChat app, provided you placed the LiveChat widget on your website and set it to live.

Here you can find more information about the sections in LiveChat:

Remember that your Story will be added in LiveChat as one of the chatbots available in the app. The bot will be triggered based on the priority that you assign to it. You can do this from the ChatBot and the LiveChat side.

In ChatBot, the bot can have several options enabled. By default, it will have the All chats go to bot first option selected. You can set this in the Integrations section in your ChatBot dashboard.

What’s more, you can allow your customer to chat with the last agent that took care of them. To do so, choose the Remember recent agent option. This way, no matter the other settings, the chat will go straight to the same agent, provided they have a free slot. In this case, the Story will be ignored. If the agent can’t take another chat, the chat routing setting will be applied.

The welcome message is displayed twice

When you integrate ChatBot with LiveChat, the welcome message might be displayed twice. That’s because each of these tools has its own settings. In this case, the best approach is to customize the message in ChatBot so it matches the message in LiveChat. Note that the LiveChat message is always displayed first.

You can base your ChatBot welcome message on the LiveChat one and let the user proceed using, for example, buttons.

Customizations and greetings need to be applied to the LiveChat widget

After your Story enables LiveChat actions, the Chat Widget won’t perform them anymore. From now on, you should manage the customization and greetings in the LiveChat app.

All integrations should happen in LiveChat

Apart from LiveChat, you can integrate your Story with many other tools. You can do it either in Zapier. All integrations should be managed using LiveChat as, when so integrated, it becomes the integration hub.

Attributes are passed from LiveChat as default attributes

If you need some basic information from your customers at the beginning of a chat, you can use LiveChat’s pre-chat survey. It’s a short form the user fills out before the chat starts. Collected information is later passed to ChatBot as default attributes with the default_* prefix, and you can use them in your Story.

Keep in mind that questions from the survey will be passed to ChatBot in the same exact form along with the default_* prefix. E.g., Question: “What is your phone number?” will be passed as the default_Whatisyourphonenumber attribute, and the number will be the value of this attribute.

Discover our other products